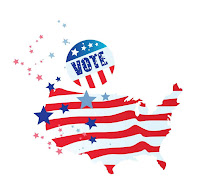 “ A democracy is always temporary in nature; it simply cannot exist as a permanent form of government.  A democracy will continue to exist up until the time that voters discover they can vote themselves generous gifts from the public treasury.  From that moment on, the majority always votes for the candidates who promise the most benefits from the public treasury, with the result that every democracy will finally collapse due to loose fiscal policy, which is always followed by a dictatorship.”

“The average age of the world’s greatest civilizations from the beginning of history, has been about 200 years.  During those 200 years, these nations always progressed through the following sequence:

The actual source of the above quote, most often attributed to an 18th century Scottish history professor, (Alexander Tytler) cannot be verified.  The list in particular, rather than having the authority of a history scholar and educator was most likely authored in the mid 20th century by the president of a company that made, of all things, cork; not a very authoritative position or resume for something so serious.
However, it is rather sobering as it seems to accurately describe the path of America.  The first four in the list above accurately describe the founding and successful growth of this great nation.  The next three seem to be descriptive of the things we are greatly concerned with presently.  And the final one is a great fear we share for our future.

While the list has resonance with us, let us stick with what we know.

a. There have been many great and powerful nations before the United States that for one reason or another no longer exist except as memories in our historical studies.  Think of the amazing Babylonian, Persian, Athenian, and Roman societies of a time now past.  I cannot image that anyone who lived during these days would have ever thought there would come a day when these empires were spoken of in the past tense.  Even with all the problems they endured, people still thought these nations were too powerful to not continue.  Even the later of these empires, though looking back on the earlier failures, would have a certain amount of confidence that they had found the answer to avoid repeating the previous falls.  As much as we would like to think America will be different than all the other nations, it will not.  The reality is nations are not eternal.  In Isaiah 40, God compares all the nations combined to dust on a scale or a drop of water on the outside of a bucket.  They are of no significant consequence.  Only God matters.  He alone is eternal. 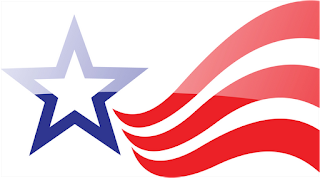 b. Nations don’t last primarily because they are human institutions and are prone to the foibles of the sinful human nature even with the best intentions and carefully worded foundational documents.  The heart of man will always tend toward evil and he will find a way to accomplish what he desires every time.  The only answer to deal with the sinful heart is to turn to the redeeming God and seek His one and only solution for forgiveness and cleansing.  What this country needs is not new laws or political philosophies or parties.  What we need are new hearts and new minds recreated in the image of our Maker.  We need revival.  We need the truth of the gospel to pervade every arena of our society.  Yet, as we have seen so evidently recently (Chick-fil-A), the sinfulness of man will resist and fight back against that as well.

c. We must be careful not to put our hope in nations.  The scriptures say, “Some people put their trust in chariots and some in horses” (Psalm 20:7).  Men always have the tendency to trust what they can see and know by experience.  They think the government or institutions of men are the place to turn for help and relief.  But these things are vapors in the wind.  The only thing we should put our hope in is God himself.  It may very well be that we will face hardships, persecutions and trials unto death.  But God is the only one we can depend upon to be faithful.  Consider the situations of Daniel, Shadrach, Meshach, and Abednego in the book of Daniel.  They were forcefully removed from their homeland and made to live and serve in a land not of their choosing.  God watched over them and was faithful to them even when they faced the death penalty.  That is the God in whom we trust.

d. We need to be careful to pass this truth on to our children.  Nationalism is fine and patriotism is great.  But for believers, the reality is this world is not our home.  We need to help our children understand that there may be difficult days ahead for American and its Christian citizens.  We need to prepare them to be faithful as was Daniel and his friends and to stand firmly upon the truth and never waiver.  In order to do that, we must do the same ourselves.  I believe the day is soon coming when we shall see open persecutions of those who belong to Christ.  Parents you must prepare your children for the possibility of that.  A great resource for older children is Foxes Book of Martyrs.   Read through this with your child and help them to see the experience of believers from a time past and how they dealt with the hardships of persecution. 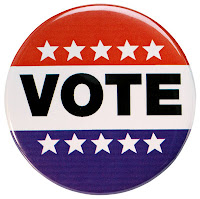 There are three things I would like to ask each reader of this blog to do.  One is to make comment.  I would like to hear what you have to say about the state of our nation and its future.  Two, please think of at least one other person to share this blog with and pass it on to them.  And three, no matter what party or candidate you support, the election in 2012 is very important.  Make sure you know the issues and the candidates’ stands and vote.