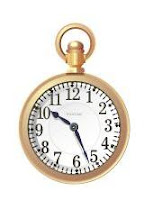 Our elementary students took a field trip to a farm a few weeks ago and had a great time! They got to learn about life on a dairy farm, see a newborn calf, hold a chicken, feed the farm animals, take a hayride, pick their own flavor of milk, and various other activities that made the trip a wonderful learning experience for all. However, as the farmer was giving his presentation about the cows and how they are fed, cared for, etc., he stated on several occasions that the “humans are animals just like the cows”. I was immediately disturbed, but thought at first that he was trying to be funny and help the kids connect with how cows have to be cared for too. But he made the same point several times. “Did you know that you are an animal? You have 2 eyes just like the cow.”

Really? If that is logical thinking, then am I a watch because I have two hands?
This got me thinking about the distortion of God’s truth that we frequently see and hear about in today’s society. We live in a day and age where the distinction between humans and animals is many times minimized, and the roles that they play in our world, are being blurred.

Celebrities carry their pets around in designer bags that cost thousands of dollars. There are full aisles in the grocery stores devoted to stocking every kind of gourmet pet food imaginable. (They eat better than WE do at times). And what about those sappy commercials that show the cutest and most pathetic abandoned animals you’ve ever seen. You know the ones. The sad song playing in the background. Those sad eyes and depressing little whimpers that pull on every heart string we have to donate money to the rescue foundations. Don’t get me wrong. I love animals! I have 2 cats who act like royalty and a dog that does little to pull his weight (okay, overweight) around our home. I have also been known on occasion to get a little teary-eyed at those commercials with those sad eyes begging for my financial help.  Let’s set aside the fact that many hearts soften more at times toward the plights of our 4-legged friends than to the plight of human beings, and focus on the fact that God’s Word makes a clear distinction about humans and animals. 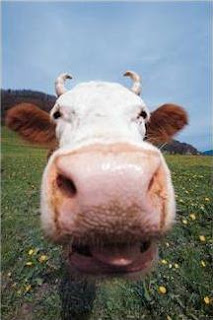 Genesis 1:26-28 (ESV) states,
Then God said, “Let us make man in our image, after our likeness. And let them have dominion over the fish of the sea and over the birds of the heavens and over the livestock and over all the earth and ever every creeping thing that creeps on the earth.”

So God created man in his own image,

in the image of God he created him;

male and female he created them.
And God blessed them. And God said to them, “Be fruitful and multiply and fill the earth and subdue it, and have dominion over the fish of the sea and over the birds of the heavens and over every living thing that moves on the earth.”

Wow! Human beings are SPECIAL!
Biblical support can be found for a lengthy list of differences between animals and man.  Here are just a few of the differences:

2 Tim. 3:16,17, “All Scripture is breathed out by God and profitable for teaching, for reproof, for correction, and for training in righteousness, that the man of God may be complete, equipped for every good work.”
Ecclesiastes 12:13-14, “The end of the matter; all has been heard. Fear God and keep his commandments, for this is the whole duty of man. For God will bring every deed into judgment, with every secret thing, whether good or evil.”
Titus 2:11,12-For the grace of God has appeared, bringing salvation for all people, training us to renounce ungodliness and worldly passions, and to live self-controlled, upright, and godly lives in the present age. 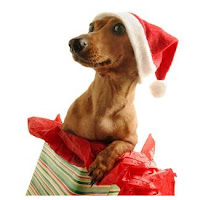 Is the following letter long overdue?
Dear Fluffy and Fido,
It’s time we got a few things straight. Thanks for the companionship, loyalty, and devotion you have shown me over the years. I love you dearly (and God cares for you too). However, I know that He made me special. I’m sorry to break it to you, but we are not equals. Some things may be changing around here . . . .
Sincerely,
God’s prized creation